By paultrademark - January 31, 2018
Not got a great deal to say about Kolkata, sadly ill health and fatigue had taken their toll, but this is the few things worth noting.
It was a non eventful flight and then a 40 min journey in an old bright yellow taxi to our hotel in Kolkata. 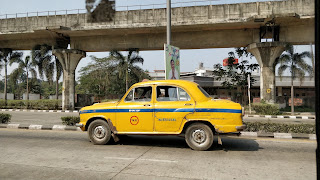 Saying this guesthouse was basic was being slightly kind, the room was huge but it was very rough round the edges, the mattress was as solid as a block of concrete and I had to ask for a clean sheet to sleep under, as I wasn’t sleeping under the scabby blanket they gave us.

With Paul still quite ill we needed some non spicy food and a few provisions so set off to a nearby supermarket. Turns out even KFC in India is spicy and the supermarket was more like a black Friday sale, with hordes of people jostling to buy multipacks of Oreos and shouts of 'buy one, get one' down every isle. We escaped and found another place to buy fruit and toilet roll.

We were all set for a quiet night in but not long after we got back a sound system and shouting from the street started up. I went to investigate to discover an impromptu cricket match had taken over the road below, which was then followed by a parade and lots of music. I had a funny encounter with some local lads that asked for one of my cigarettes, I duly have them one and they passed this fag between them, all having a few puffs before passing it on with a grimace. Eventually one shouts over “English cigarette?' I say 'no, from Goa, India and it's menthol'. I've learnt that Indians and Nepalese both seem to hate menthol cigarettes, so after much laughing they threw it away. 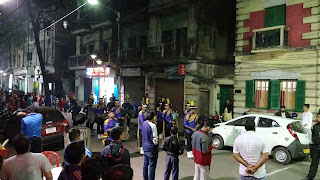 The next day Paul was no better and as this was his 4th day of being ill I was starting to worry. I decided to move us to a better hotel near the airport so we could crack this illness or seek help. Plus I really didn't want to sleep another night on that mattress.

Getting a taxi nearly resulted in a fight as a local guy decided that the taxi was charging way to much and we should not go with him but get the bus instead. Harsh words flew and fists were waved before we managed to explain that because we were in a rush we didn't mind the slight over charge (about £1.12). It was very sweet and in any other situation I would have agreed not to pay.

The next chore on the agenda was laundry and after seeing the extortionate prices at our new posh hotel we decided to find a local launderette. This proved very tricky and after walking miles we found a tiny dry cleaners who agreed to wash everything except our underwear (which he returned to us with a scowl), so we agreed to come back in a couple of days.

It turned out the move paid off as after 24hrs Paul was feeling much better and I'd got some sleep. Feeling good we explored the local mall and found a great little dingy pub,  with a DJ a playing loud party tunes (on a weekday) and it had a 5hr happy hour (£1 a beer). 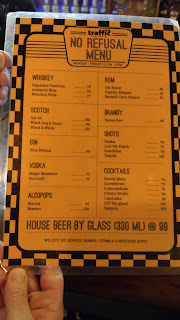 Our final day was going to be a long one as our fight to Myanmar was at 2am on the 31st but we had to check out of the hotel at 15:30 on the 30th, so where else can you waste some hours but in our newly found happy hour bar, so after a few wasted hours we left to begin another journey from hell.

With nearly 5hrs before our flight we ordered a Uber to the airport, the first one couldn’t find us so we had to cancel, the second one took his time but eventually turned up. We still had 4hrs before our flight so thought we'd have a chilled few hours in a cafe or bar before boarding. Instead it took nearly 3 of those hours just to get though security etc!

Then whilst we were having a sit down an airport official demands Paul follow him as they have found a battery pack in his luggage! Turns out it was his electronic cigarette but they refused to believe it wasn't a lithium one so he had to unpack it and bring it back in hand luggage. Eventually we got on our plane and set off for Bangkok.

A few hours later we arrived but as we'd got cheap flights we couldn't transfer direct to our next flight. This meant we had to go through immigration, get a 30 day visa, collect luggage, recheck luggage, go back through security then kill 3hrs before our next flight. The only saving grace of this was a McDonald’s breakfast (something you can't get in India or Nepal).

The next flight was only a few hours, so we were soon in Myanmar. A shared taxi (aka a minibus) took us the last hr by road to our nice hotel and there we fell into bed for a few hours.