By paultrademark - January 30, 2019
We set off from Ripley on the Monday afternoon after having a few farewell drinks with Robert, Sam and Lenny in the Beehive the previous evening and headed towards Derby to scrap Dot (the Ford KA) as we had tried to get her MOT done before we went away, but sadly it was terminal.

Once we said our goodbyes, we went to fill up with fuel and also refill our LPG Gaslow system for the first time, and Sadie was the one who had first attempt… and a successful one too as it took around £10 to fill both 6kg bottles, around half the price of getting a Calor bottle exchange.

Then we headed south towards Birmingham, and our first stopover on the journey towards Newhaven on the Saturday. We had planned a rough route to take to take advantage of seeing as many of our friends as possible on the way, and first stop was to see the wonderful Jane and her mum for a catch up and a cuppa tea!
After a couple of hours, we set off again and after a short while, stopped in the Cotswolds for chips and found a layby to park up in for the night. Sadly, it was a noisy evening as trucks flew past shaking the van, lesson learned and would pick our spots a bit better in future. 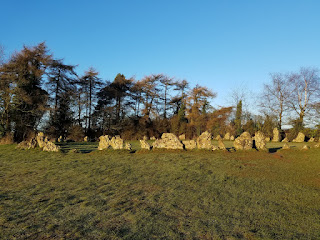 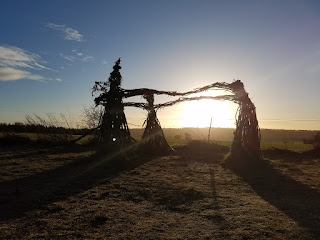 The next morning, we went to the Rollright Stones before slowly making our way to Newbury, for our second night of visiting, this time to the amazing Mike & Claire. Mike met us with open arms and twinkly fairy lights all over the house both inside and out, and with a special message too in a lightbox. Claire arrived later due to her commute from work, and then we sat down to a lovely Veggie Chilli which was deliciously made by Mike.
After a few hours of catching up (we hadn’t seen them since their wedding in September before we went travelling), we headed south again and found a much quieter layby near Winchester.

Next port of call was Brighton, but first we had arranged a quick visit to the awesome Strudders in Chichester for coffee and catch up, its always good to see him and Karen and exchanged stories whilst discussing putting the world to rights.

Then the short drive along the coast to Brighton, and we find our way to the lovely Kay’s flat and park up the van. We soon got chatting and then with us parked outside for the night, we don’t waste much time getting to the off licence for some drinks for the evening!
It was an earlyish night as Kay had an early start in the morning and we were now playing catch up on the previous few nights, plus we knew we had a late one the following evening!

Thursday had arrived already, and we had a few errands to do before we sailed on Saturday, so we got on with them and then found a place in Brighton to park up at Preston Park. It was free after 4pm till the next morning, was quiet and only 20-minute walk into town. Which was handy as we had a train to catch to London, for the next part of our ‘see as many friends’ journey!

Our very talented friend Hannah plays in a band called ‘Rumour Cubes’ and just happened to have a free gig on in The Finsbury that evening. So as a surprise, we had sorted the train and tickets to attend and were going to just turn up to see her, Dan her husband and hopefully a couple of other friends who might be there. Sadie had also told our friend Sarah about this plan, who agreed to keep it quiet and arranged to meet us near the venue.
After the train to Victoria, we caught the tube to Finsbury Park and met Sarah in the Twelve Pins pub. A few drinks later and we walked the short distance along to the venue and seen them all sitting inside. We walked in and it was lovely to see the surprise on Hannah & Dans faces (along with Laura) as we just turned up out the blue.
What was amazing about that night was that there were several people who hadn’t told her they were going, so one by one people started arriving and there was huge hugs and a few tears as our festival family gathering grew - Lisa, Clive, Dave and Gaz all arrived, and it was great to see them all there and it was set to be an amazing evening of music with even more amazing friends there to watch it with. 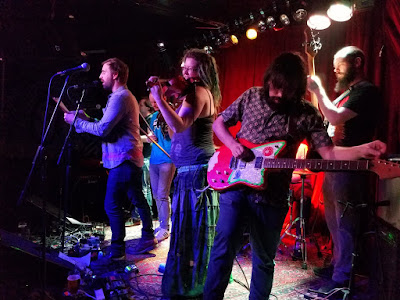 Sadly, the night was over all too quick and we had to rush off after the gig to catch the last train back to Brighton, which now had a replacement bus service for half of the journey, so didn’t get back to the van till after 2am and it was straight to bed.

The next morning, we had another busy one, with laundry to be done and some printing needing done too, so we set off to do all that and then we parked up again in Preston Park for the evening, as we had arranged to meet my brother that evening in town.
We headed into town a bit early and had a few drinks in some of my old favourite pubs in town before heading off to meet David at a pub near the station. It was good to catch up with him and after a few beers Sadie and I went back to the van as we had an early start the next day to get the ferry!

The short 10-mile journey along to the DFDS ferry port in Newhaven didn’t take long, we got there about 90 minutes before departure, queued for a little while and before long we were driving up the ramp and parking up Daisy for the 4 hour crossing to Dieppe.