By paultrademark - January 14, 2020
Just a quick blog update on our last month here as not been up to that much and got so much to do before next week... more on that later 👀

Early December we flew back into a rainy and windy Prestwick Airport where the pilot had to warn us of a rough landing and he had to land on a different runway than usual and that the braking would be more severe than normal!
At that point and then waiting on the train to Glasgow, we both decided the cold weather wasn't for us and was already looking forward to flying back to the Algarve later that week.

Sadly though, we had actually flown back for the funeral of an amazing person and good friend, he was one of our festival family and ourselves along with many others, were making their way up to Oban to pay our respects and be there to support his family.

Firstly we had to go to Glasgow to pick up our hire car, and then headed over to Fife for a couple of days to see my family. It was good to see them before Christmas and we went out for a lovely meal to celebrate early. 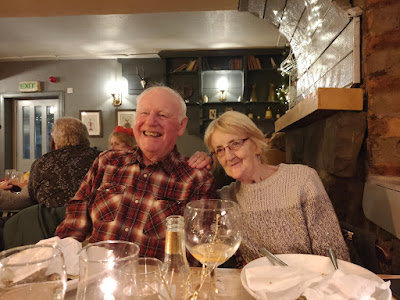 On our return to the Algarve, we collected the 2 new AGM batteries I had ordered from the UK and went to a campsite to get these fitted and we hoped this would help our lack of power issues on cloudy days.
A couple of days had passed and we noticed an issue with the control unit in the van which was causing our split charge relay to come on frequently and even at night time, which it shouldn't.
We decided to go back to a campsite in Silves for a few days as it was cheap and we could get hook up, and I could look into the issue in a bit more detail.
It turns out in simple terms that our control unit isn't up to the job with the capacity and type of batteries we have, so I disconnected one of them and would run it with one till we can find a more permanent (and costlier) solution which will probably be when we are back in the UK. 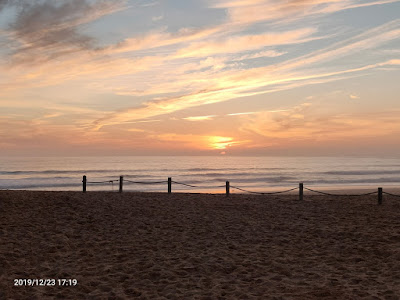 By now it was fast approaching Christmas, so we decided instead of going back up to central Portugal, we would stay in the sunnier climate to help with the power issues. A late decision on what to do for Christmas was made, and we headed again to Albufeira (I know!) and book in for a proper Christmas dinner in one of the English restaurants there.
We had a good 3 days there, Christmas Day meal was lovely and we made a whole day of it due to eating early and as standard, we had a bit of a hangover the next day. 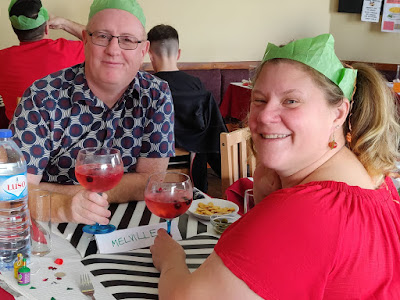 Our plans for storing Daisy for our Philippines trip had also changed, as we were going to store her in the Algarve, and get the train up to Lisbon for our flight.
But due to a last minute (un)plan(ned) holiday to Gran Canaria just after New Year, again flying from Lisbon (with just a week in-between both), it made a lot more logistical sense to try find a storage solution in the Lisbon area.

So we spent a couple of days after Christmas heading up the west coast of Portugal, and found a free park up in the suburbs of Lisbon, just over the River Tagus with easy public transport options into the city. It had all the facilities we needed to empty/refill water and toilet, so we planned to spend a week here and take in the New Year celebrations in Lisbon.
We also spent a day doing a few of the tourist spots in Lisbon, and had an enjoyable day out.. but it's an expensive place to visit so probably won't spend too long there. 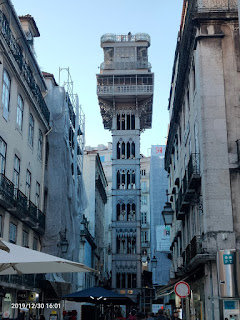 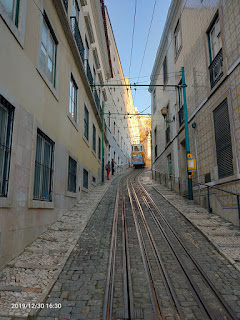 New Years Eve arrived and we headed into town on the metro/ferry after having a few drinks in Daisy, arriving over there around 7pm to go for a few drinks before the celebrations in the main square took place.
Needless to say it was an amazing display, though the evening did get a little messy and huge parts of the night are blank... not surprisingly lol 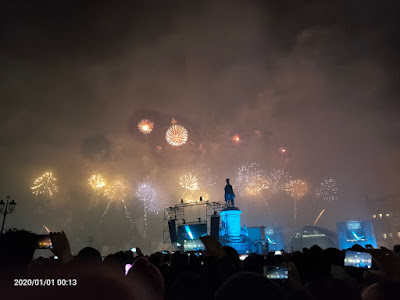 We then had a couple of days recovery before our trip over to Gran Canaria for a week, and enough time to get some laundry done and rest our livers!
We had found a cheap storage option at a campsite near the city centre, so dropped Daisy off there early morning for our flight and got an Uber up to the airport.
As we were arriving a while before our friends got there from the UK, this gave us time to get settled in to the hotel and head out for a few relaxing afternoon drinks and enjoy the pleasant temp of 20°C before it got too messy! 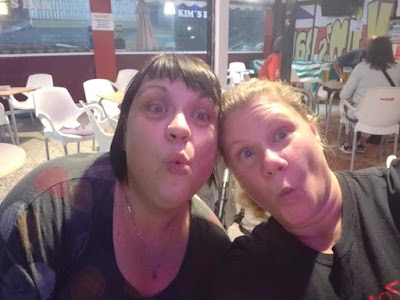 The week seemed to fly by though, we spent a good amount of time either in the hotel eating & drinking the all inclusive benefits, or meeting up with our friends and wandering around the local establishments. The weather was good, albeit windy at times and it was definitely hoodie weather in the evenings for sure.
I also had the chance to celebrate my 48th birthday over there, and you will of course not be surprised that it turned into a 12 hour all day session which being the day before we had to fly back here, wasn't the cleverest thing we did! 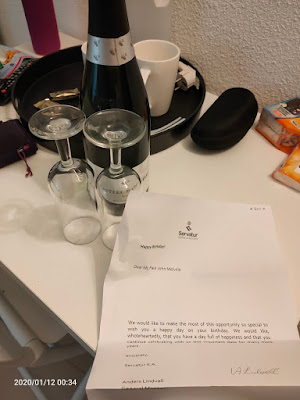 And here we are back in the outskirts of Lisbon again recovering for a week, after a hectic month of being in Scotland, Christmas, New Year and Gran Canaria... but as mentioned at the start of this blog we have so much to do before we set off one week today on our next adventure...

You might have seen on the news over the last couple of days about the volcanic activity of the Taal Volcano, as it continues to be rumbling we are of course keeping an eye on the situation.


Our flight goes in to Manila next Wednesday evening and we have planned a overnight trip to Tagatay to visit the volcano on the Friday, though of course we can skip this if need be depending on what happens as some of the photos from there don't look good!

Just hoping the flights don't get disrupted again like they did on Sunday/Monday and we can arrive safely, and of course hoping that everyone in the area follows the advise of the authority's and evacuate a safe distance if need be.