Back in Portugal and towards the UK

So our 5 weeks in the Philippines was over and it felt that it flew by, especially the last few weeks there.
Overall I enjoyed my time there, the diving was awesome, I got my PADI Open Water, we swam with Whale Sharks and managed to cram in lots in our time and happy to have been able to get there after missing it out on our last trip. 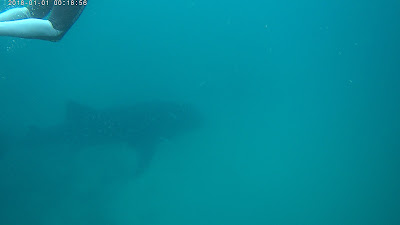 By now it was the end of February, our plan was to return to the UK in early April so around 5 weeks left as part of this winter trip.
We didn't really have a plan for our last month or so in Portugal, apart from go back to visit our wonderful friends Lief & Noelia, who recently had a new addition to the family, baby Luka and also travel across to see Lisa & Rich who we spent a few weeks with last year around the same time.
After that, our original idea was to drop Sadie off in Bordeaux, where she would get a train to go see her family in the south of France, and then fly back to the UK to catch back up with me a week or so later.

However things were about to change, and 'Coronovirus' was about to make life for everyone a whole lot harder.

It was while we were near the start of our Philippines trip that the headlines were starting to be about this new virus, in fact our first full day there was the day Wuhan went into full lock-down.
At that time we had no idea how the next few months were to pan out and writing this at the beginning of April, it's something I could never have imagined to happen in my lifetime.

It was news we both kept an eye on whilst there, as the situation worsened and we were both very aware of what was going on in China, then on to the rest of the world. The Philippines rely on a very high percentage of their tourism from countries like China, Hong Kong and Japan and as the time passed, we noticed less and less tourists there from those countries.
Plus speaking to local hoteliers and bar owners, they were noticing a huge loss of income and some places were already closed due to it.

We also noticed that there were a lot more stringent checks when travelling on flights, ferries and in general when island hopping. There was temperature checks to detect fever and passports were being checked for journey history etc, and this was when we started to feel that this was a hugely serious issue.
Well apart from when we transited via Heathrow on the journey back, not a single test there despite being cases here, but no deaths as yet!

So anyway getting back to Portugal, we collected Daisy from storage, pleased that she looked well and there was no issues with her, apart from needing a good clean inside and out.

Our plan was to spend a few days travelling back up from Lisbon towards Penamacor, and we went up the coast and stopped at Peniche then on to Figuieira da Foz for a night, before we headed inland towards Coimbra then on to Penamacor.
It was lovely to catch up with our friends and see the gorgeous Luka for the first time and after spend a few days relaxing around the area, which obviously involved a trip to our favourite restaurant, The Cave. 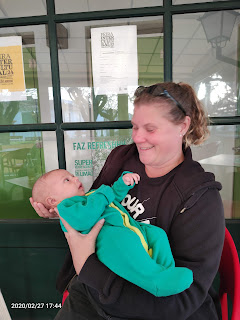 Sadly our planned visit to Lisa & Rich wasn't looking as if it was going to happen as they had to sadly return to the UK to deal with family matters and Lisa was only planning to fly back for a quick visit for a day or so to relieve her parents of land sitting duties and try find someone else to take over so she could fly back asap.
Well that was until Sadie quickly offered her services, this would allow Lisa to remain in the UK and she could take over straight away.

Although this was a huge change of plan for us, we decided we could make it work, despite us being apart from each other for the longest period since we got together.
So it was now early March and Sadie would look after their land and more importantly the 25 chickens, 3 cats and the dog till around the end of the month and then she would fly down across to France to see family and then eventually fly back to the UK to meet up around 6 weeks after saying goodbye.

My plan was to slowly travel back from Portugual via Spain & France over a couple of weeks, then get the ferry back to the UK. I was then going to go and visit various friends on the route north, eventually arriving in Scotland to spend some time with my family and get Daisy's MOT done before catching back up with Sadie.

So after dropping Sadie off and a tearful goodbye thinking we wouldn't see each other for just over 6 weeks, off I went on my own little adventure whilst she got to grips with Quinta life on her own.

Little did we know at that point, plans were constantly changing and major disruption ensued due to the situation getting worse.

Am not going to go into great detail of my journey, as of course this blog is about our adventures together in Daisy, and this post isn't about that in the whole.
But I did find it very strange travelling alone, the whole choosing a route, looking for park ups, finding interesting places to go, cooking for myself and generally being a bit lost without my Sadie. 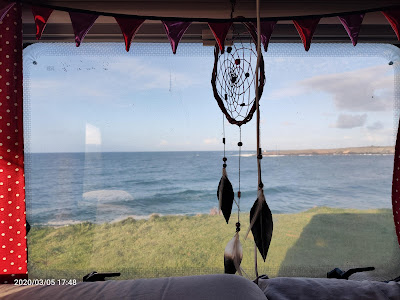 I booked a ferry for Friday 13th of all dates, which gave me 10 days to get to Dieppe. I wanted to go a different route to what we normally did, so I headed north and crossed over the Portugal/Spain border near Chaves, then headed up to the northern coast of Spain which runs along to the east next to the Bay of Biscay towards San Sebastian which I got to 4 days later.

I will mention San Sebastian, as this was my first proper stop off in a large city, and I was really looking forward to going out and trying some Pinxtos, which are best described as small tapas dishes that are served in bars all over the city. They are laid out like a buffet on the bar tops, and you select what you want and then pay per item, and wash them down with some local beer or even cider... they were delicious and I will take Sadie back there one day as they also have some amazing high end Michelin Star restaurants in town. 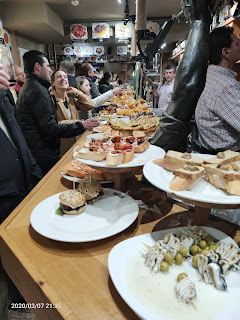 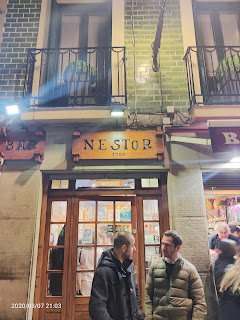 Travelling up through Spain, and then into France at this time was also around the time when both countries started to see an increase in Coronovirus cases and it was very much in the back of my mind. Supermarkets started to run low on some products, and I felt restrictions were about to be put in place.


Aiming towards Bordeaux then Nantes, I continued north through Brittany and a few days later ended up near Mont Saint-Michel, where I had hoped to go visit there for the first time in years. My plan was to re-visit some of the old places I went to on a school trip when I was in Primary School, however I decided to skip this one due to worries about being in crowds and also it was bloody expensive! 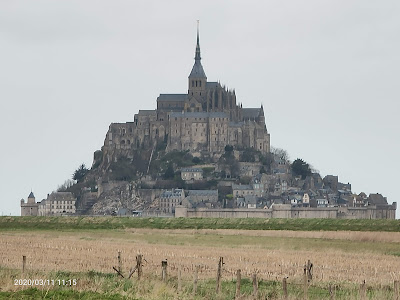 Decided then to head over into Normandy and go along the coastal road taking in the 1944 D-Day landing beaches, museums and landmarks for a day. This was a very emotional day, bringing it back to you what people did for the country and whilst that was a huge point in history, what was unfolding across the world was about to be another one. 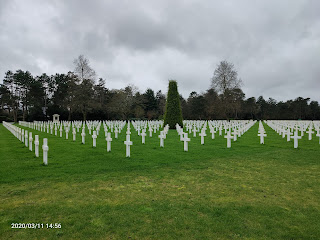 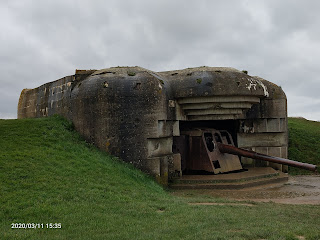 The last point of interest I went to see on my adventure was the Bayeux Tapestry, I vividly remember seeing this when I was a kid, and as soon as I walked into the building, it brought it all back to me.
It's still a wonderful thing to be able to see, and recommend it if you ever get the chance.

It was in Bayeux where things really stepped up a gear regarding the virus, supermarkets were taking card only, trolleys were being disinfected plus toilet rolls and hand sanitiser was no where to be found.
The date was now the 11th March and there had been 15 deaths that day in France and 8 in the UK and you could see it beginning to ramp up. More and more countries were starting to see an increase in cases/deaths too, it was now a very real risk everywhere.


Heading to Dieppe the next day was probably a good thing, as much as I look back at it now, I definitely didn't want to be hanging around France any longer and was glad to get on that early morning ferry to Newhaven...A few days later, France went into full lockdown!