Showing posts from January, 2021
Show All

Half Our Winter Gone 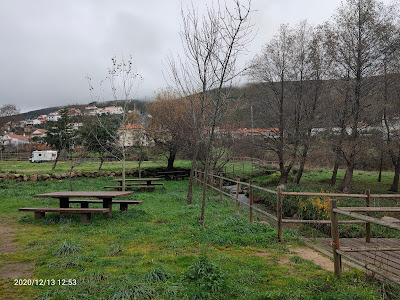 Since Sadie last updated the blog nearly 6 weeks ago, I think we've probably put on a stone each as we have just ate and drank our way further south... though we have certainly improved our cooking skills which is great as sometimes it can be hard to think of creative meals to cook in a van.  However I am going to keep this blog fairly short, firstly as we haven't actually done that much in that time, and secondly I don't want to just bore you all with the food we have been cooking as most of it is standard to others and I have put alot of photos on Facebook already!  The first two weeks were spent as Sadie mentioned in and around the Oliveira Do Hospital area, at our little park up with those annoying church bells... and apart from one night away which incorporated a shopping trip to Viseu and a large supermarket to get some unusual ingredients, we stayed there till the 12th December. Weatherwise it hadn't been great in Central Portugal (we even had snow one day!) and
Post a Comment
More Rambling »
More posts