Back to Plague Island

I've been a bit slack keeping this up to date and we are now back in the UK and just about to finish our 10 days quarantine. It feels like months ago we were at our lovely little campsite in Portugal and I don't think we did much in that time except eat and drink but anyway here's a quick recap of the last 7 weeks or so.

Paul had mentioned that we'd been at Bals campsite for a couple of weeks in the last blog, well we actually ended up staying there for 6.5 weeks in total. It was just such a lovely place and life was easy. Gradually the ones we'd made friends with over new year moved off but there was always a core of about 6 vans. Balthazar would do anything he could for you but he didn't come across as the friendliest guy, he rarely smiled, grunted his responses a lot, didn't really speak much English (although I suspect he knew more that he let on), was only on site a couple of hours in the morning and a couple in the evening and mainly hid in his office but if you plucked up the courage to ask him he always came through.

So by the end of our stay we'd managed to get on demand egg deliveries, borrow his ladders for repair work, do multiple book swaps, get invited into the lodge to get better wifi and even got a smile out of him. I quite liked the grumpy git. 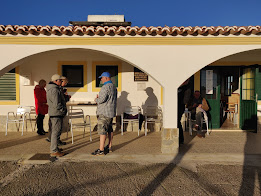 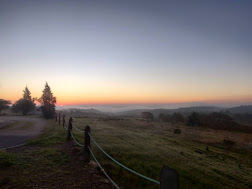 The only blip in our otherwise perfect time there was when the family from hell moved in for 2 weeks. Before that time we'd worked out a perfect spot for Daisy with sunrise and sunset viewed from the bed, close to facilities, friendly neighbours and even occasional wifi from the lodge when the signal was good, then one day a Dutch motorhome rolled in and 4 noisy kids jumped out and 2 equally noisy parents.

The kids ran riot around the top camp area, as kids do and then the parents shouted at the kids, which then normally ended up with them shouting at each other and the kids then crying. We stuck it out for 4 days then after going out for shopping one day we came back and parked in the lower area, which wasn't as close to water, waste and wifi but the views were just as good.

I know that makes us sounds really snobby but they really weren't nice people, they shouted and scared the lovely bread lady because her daily arrival to sell bread and groceries to the vans woke their kids up, had litter and things strewn everywhere, had zero consideration for anyone else and Bal received loads of complaints about them from the other campers. 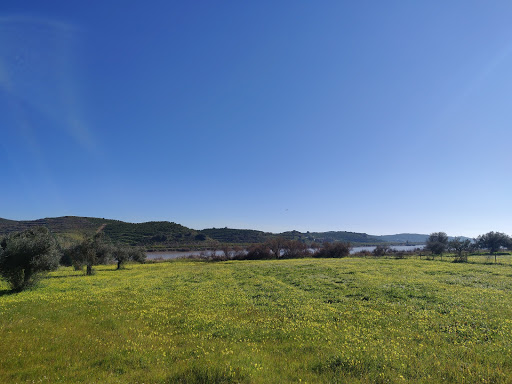 During our time there we had been in conversations with various people online and in person about when we should leave. Technically Brexit meant we'd have to be back in the UK 90 days from the 1st Jan but the covid situation seemed to be getting worse everywhere and the thought of traveling through 3 countries to get back to the UK in the middle of another lockdown was really not appealing, plus what were we going back for as we had no work lined up but would we get fined if we remained out of the UK after the 90 days.

So many things to think about but that all changed when Paul spotted a call for people to label wine bottles in Essex and that the job would suit nomad workers that were used to outside conditions and had their own self contained live in vans. It sounded perfect and after a few emails and a phone call we had our first job lined up and a reason to fight through all the red tape to get back to the UK, although honestly at times the red tape looked like it'd beat us. 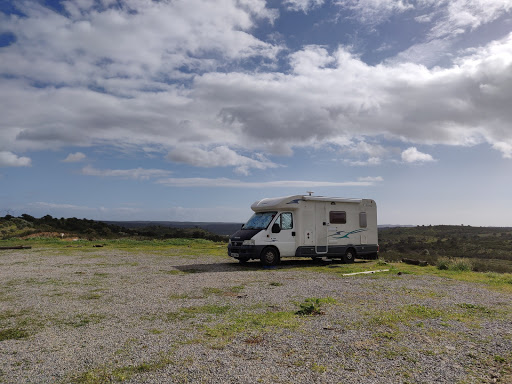 I can't remember the exact timeline for the various hoops that covid and governments threw at us to make our journey back difficult but things changed pretty much every week and we were constantly checking Portugal, Spain, France and the UK's guidance on traveling during a pandemic, however I think Portugal being added to a UK red list because apparently the risk of getting the Brazil variant was greater if you'd been in Portugal, was probably the most annoying.

I have no idea where that idea came from, even the Portuguese government were confused and I can only assume it has something to do with both countries speaking Portuguese or there is some political reason UK aren't divulging. This meant that if you had been in Portugal at any point in the 10 days prior to you arriving in the UK you had to quarantine in a special hotel at a cost to you of £2,400 for 2.

I'm not going to go into the major holes in this government strategy or how you can't get help to pay for this if you don't have that sort of money lying around, as it makes me a bit upset but needless to say this did change our travel plans and we would now have to leave the safety of our bubble and spend longer traveling through Spain and France. We also needed to get a covid test to re-enter the UK but as they say the results can take up to 48hrs to come through and you need to have the test within 72 hrs of getting on the ferry it meant we'd have to 'hang around' in Dieppe for at least 3 days, which again was not something I was looking forward to during a pandemic, all in all this coming back to the UK was looking less and less appealing and more and more stressful. 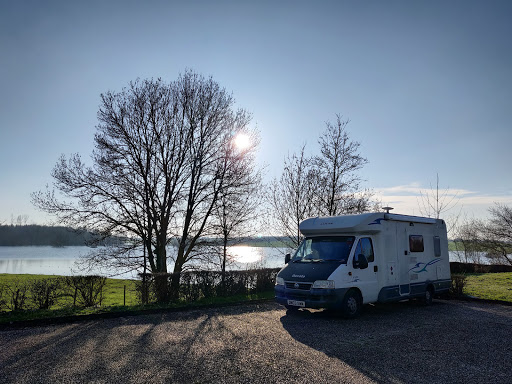 Knowing we'd have to isolate upon entry in to the UK regardless of where we'd come from and the winery giving us a start date of early March, our departure date for the UK crept up on us really fast and before long we were stocking up on food (and wine obvs) and hitting the road into Spain.
The idea was to get into France as quickly as poss, so we only had one countries covid rules to think about and move between aires minimising contact with anyone. This worked really well and apart from the one roadblock leaving Portugal (which meant any non Portuguese residents wouldn't have got back in) we didn't get stopped and hit France on day 3, we could then relax a little before planning the Dieppe and test side of things.

The test we had done at a laboratory in the centre of Dieppe, we found it the previous day and made an appointment for within 72 hrs of our ferry and the test itself although not fun was necessary and actually quite quick and free as we were able to collect our results online that evening. Our ferry was on a Sunday morning and as we wanted to be close to the ferry terminal we decided to spend our last night in the free parking at the sea front, it had been dead each time we'd been there and as France was on a strict 6pm curfew we thought it would be quiet.

We rolled up at 5pm only to find the parking, beach, grass park and promenade was heaving with people, sure it was a nice evening but I was shocked at how many people had come to the beach to fly kites and walk dogs and play with their kids. Also the carpark and campsite next to the port was full of french motorhomes, these aren't people getting on a ferry the next morning, this was french citizens out for a weekend by the beach! It was craziness. 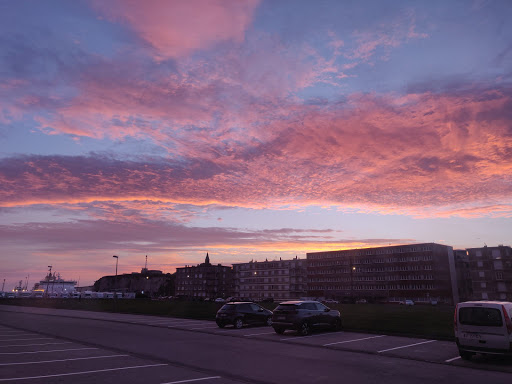 The ferry crossing to Newhaven was uneventful and as we'd already planned our menu and shopped for all our quarantine provisions before we left France all we had to do now was get to the UK, travel up to Essex and quarantine for 10 days at New Hall Winery. Finally something to look forward to 😉